I note with interest that it’s been two months since my last blog… A great deal has happened during that time.

I am now a freelance creative  writing practitioner and writer. I have gained work. I have joined National Academy of Writers in Education and the Nottingham Writers’ Studio. And I have a non-fiction writing project on the go – with a good chance of publication in early 2014.

I am now a freelance creative writing practitioner? How the heck did that happen? Hard work and lots of courage. When I graduated from University I was plagued with fear and worry. I was desperate to find work as a writer, and I was frantic about how to do so. I also had the pressure of knowing I needed to support my family. And so I was torn between finding a job which pays well but has no creative outlet or to focus on my freelance career. I am still looking for part-time work in a non-creative setting (read admin!) but I have also made steps to find my own work.

Becoming a freelance worker is difficult – there is no guarantee of a steady income and you have to find your own work (unless you are lucky and have lots of contacts). I approached many schools during the spring term to ask for the opportunity to run creative writing workshops. The response has been… muted. One school in question promised me everything and gave nothing. It’s unprofessional but not personal. It is unfortunately due to funding. And that is a freelance writer’s worst enemy.

But… I have had success. I joined NAWE(National Academy of Writers in Education) which made me feel part of the creative writing practitioner community. NAWE offer advice, support, insurance, periodicals, newsletters, and academic books. They are a fount of knowledge for those who earn a living working in schools. It boosted my confidence no end in belonging to such an esteemed fellowship.

This new found confidence gave me the boost I needed and I approached Nottingham Libraries with a proposal for running creative writing workshops during the summer holidays. Unfortunately they had already booked another writer for a series of sessions running City and County wide. But on the back of my proposal another team from Nottingham Libraries approached me to work on a series of Art Award workshops. I am running these sessions in late September 2013.

Recognising the worth in belonging to a writers’ community, I joined Nottingham Writers’ Studio earlier this month. Because of my contact with NWS I have been approached to run a series of workshops for The Harley Gallery, in conjunction with an exhibition of Quentin Blake’s iconic illustrations. The aim is to link Quentin’s illustrations to a communal poem written by myself and a school. Fantastic!

And finally, I am working on a secret project! It is a non-fiction title which I cannot divulge as yet. But needless to say it is an exciting work in progress. I will share more with you as soon as I am allowed to!

As you can see from this post, dreams do not come true just by wishing for them. You can dream and you can wish. Both are fine. What makes them come true is hard work, determination and self-belief. So the next time you wish for something – don’t sit back and wait. Only you can make it happen.

2 thoughts on “You can go your own way!” 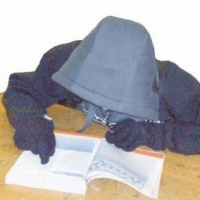 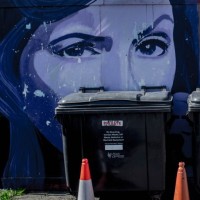 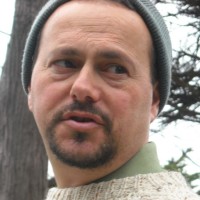 Books and Writing | News and Resources

The Ladies Finger
Education, Economy and Society
Word by Word

Photographs from my world.

Where observation and imagination meet nature in poetry.

~Weaving Words in her Web~

A walk through the world between places

"I would hurl words into the darkness and wait for an echo. If an echo sounded, no matter how faintly, I would send other words to tell, to march, to fight." Richard Wright, American Hunger

Making London happier, one loaf at a time.

YA writer and hobbit in training

documenting my journey through life